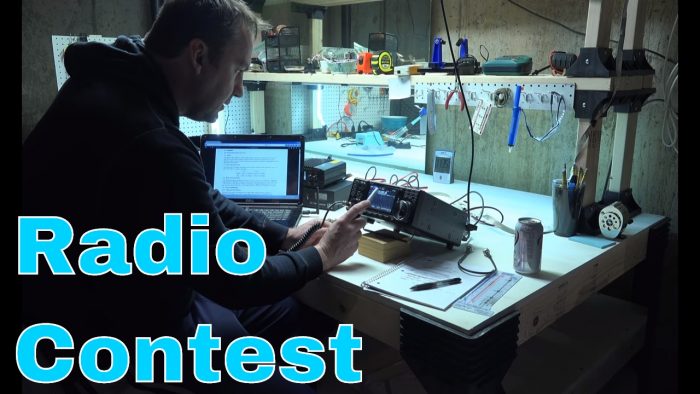 After a turbulent year in which the August UHF Contest was cancelled by ARRL and then rescued by a nationwide coalition of UHF-oriented clubs and concerned individuals, the 39th annual August UHF Contest attracted 188 logs–the most in six years.

ARRL had announced in March of 2020 that the UHF Contest was being removed from the contest calendar and would be replaced by a different contest in mid-spring. The leaders of the Northern Lights Radio Society, Mt. Airy VHF Radio Club and the Pacific Northwest VHF Society joined many individuals from coast to coast to take over the proud sponsorship of the legendary UHF Contest and hold it on its traditional date, the first weekend in August. Later ARRL changed course and announced that its new contest would also be held the first weekend in August, starting in 2018.

John Kalenowsky, K9JK, agreed to act as contest manager for the now-independent 2017 August UHF Contest, taking over the administrative details that had been handled by paid ARRL staff members as well as volunteers. Wayne Overbeck, N6NB, set up a new website for the August UHF Contest.

The K2LIM team won the multi-operator category with 77,283 points (164 Qs x 93 mults, using bands CD9EFGIP). Kent and his group will be receiving a plaque given in memory of Bill Smith, W0WOI, the former World Above 50 MHz Editor of QST and long-time supporter of the UHF Contest. Bill had offered to sponsor a plaque in this contest, but his untimely death prevented that from happening, so the plaque for the #1 multi-operator station is dedicated to his memory.

The top rover score and top overall score was posted by N6NB/R with 278,418 points (346 Qs x 98 mults, bands CD9EFGHIJ). Like many others, Wayne urged friends to get on and turn in logs, and enough of them did to give the Southern California Contest Club the gavel for the highest medium club score (753,882 points). N6NB’s plaque is in memory of Rob Hughes, KG6TOA, a frequent rover. (See http://uhfcontest.org/uhfsoapbox.htm#N6NB)

Another club gavel–for the club that submitted the most logs–goes to the Pacific Northwest VHF Society with 25 logs submitted. The Northern Lights Radio Society submitted 19 logs, while the Mt. Airy Packrats turned in 15 logs. Other clubs submitting more than 10 logs were the Southern California Contest Club (13 logs) and the Northeast Weak Signal Group (11 logs). Meanwhile, the gavel for the high-scoring local club goes to the Ventura County ARS with three logs and 1,683 points. The ARRL criteria were used to define local versus medium clubs.

The plaque for the #1 limited rover score goes to Darryl, WW7D/R with 17,208 points (189 Qs, 24 mults, bands CD9E). The plaque for the top unlimited rover score goes to Gary, WB0LJC/R with 7,854 points (58 Qs x 17 mults, bands DFIJ). Gary’s plaque is a memorial to the contributions of Bill Seabreeze, W3IY, who became famous for his roving accomplishments with his “Intergalactic Rover Battle Jitney” and for his many efforts to help other rovers.

The Northern Lights Radio Society gives two awards for the highest and second highest scores by Rovers using three or fewer bands (with no restriction on which bands). The first place award for 2017 was claimed by Wyatt, AC0RA, with the highest score ever recorded by any winner of this award; he had 34,650 points on bands CDI. Andrea, K2EZ, was second with 8,316 points on bands CD. These two awards will be presented at the NLRS Aurora Conference next April.

Among the operating highlights of the 2017 August UHF Contest was a close three-way battle for the #1 spot in the single operator, high power category. Dave, K1RZ finished just ahead of Phil, K3TUF, and Jeff, K1TEO. All three were far ahead of any other SOHP station. All three took advantage of the bustling activity in the northeast corridor en route to their high scores. The Mt. Airy Packrats and the Northeast Weak Signal Group both turned out in large numbers to support the UHF Contest in the northeast, Activity was also plentiful in the upper midwest and the pacific northwest, thanks to the efforts of the Northern Lights group and the Pacific Northwest VHF Society.

The list of top ten scores, club scores and line scores for all logs submitted are online on this website.

A special thanks should go to K9JK for putting these results together so quickly despite having major back surgery in August and follow-up back surgery in October. He was sending “logs-received” reports for online posting from his hospital bed!

The co-sponsors of the 39th annual August UHF Contest would also like to thank ARRL for sponsoring this contest for 38 years. ARRL has announced that its new 222 MHz and Up Distance Contest will make its debut August 5-6, 2017–the same weekend on which the August UHF Contest would be held if it were to be continued. It seemed best to defer to ARRL and not have two 222-and-up contests with very different rules on the same weekend.

It will be interesting to see how participation and scores in the August UHF Contest over the years will compare to participation and scores in the new ARRL 222 and Up event. According to the rules announced by ARRL, the new contest will differ from the August UHF Contest in these primary ways: 1) it will have no grid square multipliers; 2) scores will be based on distances worked in kilometers times widely varying band multipliers (2x for 222, 1x for 432, 4x for 902, 2x for 1296, 6x for 2.3 GHz, 10x for 3.4 GHz and 5.7 GHz, 6x for 10 GHz, and 20x for all higher bands); 3) EME contacts will not be allowed; and 4) there will be no national awards but up to 90 first place certificates will be given (in five categories in 18 newly defined geographic regions). In the 2017 August UHF Contest, of course, there were plaques for national winners, EME was allowed, there were grid square multipliers as usual, and the point values per QSO were the same as always (3 per QSO on 222⁄432, 6 on 902⁄1296, and 12 on all higher bands).